my latest article, with R. Elgie on Political Studies Review 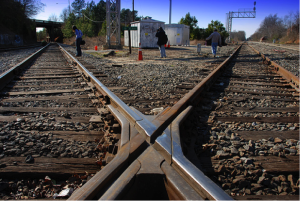 This article examines the term ‘presidentialisation’. There is now a large body of work on this topic (Dowding, 2013a, 2013b, 2013c; Foley, 2000, 2004, 2013; Kefford, 2013a, 2013b; Mughan, 2000; Passarelli, 2015b; Poguntke and Webb, 2005b; Samuels and Shugart, 2010; Webb and Poguntke, 2013). Some of this work questions the very usefulness of the term. For example, Dowding argues that the term ‘prime ministerialisation’ should be preferred at least in empirical studies that deal with processes of change in parliamentary systems such as Australia and Britain. By contrast, Karvonen (2010) and Garzia (2014) argue that contemporary processes of change can better be captured by the idea of ‘personalisation’.
These critiques are well known, and we do not wish to rehearse them here. Instead, we focus on the book by Samuels and Shugart (2010) and the edited volume volume by Poguntke and Webb (2005b). We do so partly because both are very prominent contributions; the former having received nearly 400 Google Scholar citations and the latter nearly 1000. Primarily, though, we choose them because both are centrally concerned with the idea of ‘presidentialisation’. In that sense, they seem to be focusing on the same topic. However, we argue that each work employs the term in a very different way. Samuels and Shugart have a narrow focus on constitutional presidentialisation and party presidentialisation. They are engaged in an exercise in deductive political explanation that focuses on the effect of constitutional presidentialisation on party presidentialisation. By contrast, Poguntke and Webb refer to a more general idea of presidentialisation that results from a much broader process of social and political change. In effect, they are offering what amounts to a grand historical narrative. Thus, while both sets of authors are using the same term, they are referring to different meanings, outcomes and processes.